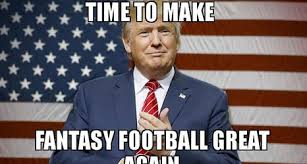 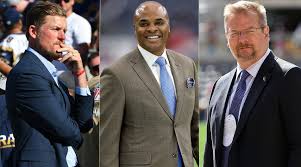 WHAT YOU SHOULD KNOW AS THE GM OF YOUR FANTASY TEAM

*This Chart is a measuring stick of points for players what they should get you in a 13 game season.(14 Weeks).
Players can have a AVERAGE , GOOD , or GREAT year. Also they could have a below
average year. So this may help in you choosing players or keeping any players you own.

*Note that some players may of had an injury and might fall below the mark so that won't count toward the
totals that they should reach to having a good or great year.

*Also you may have a player or players that are Rookies and they might not reach the points you want, but
you can least see the potential that they have and see that they can do better in years to come.

*Also good to have for players worth that you might want to trade or trade for, drop, and picking up
free agents.

*Also if you are wanting to move to another city and another Owner or Owners have players in that city you may
want to move to, this can help you to negociate a deal for a players worth and what you should give up for those
players to get an Owners vote for you to move there.

Ever wonder what the job responsibilities for being an NFFL Fantasy Owner is? Below are what it takes to be an successful NFFL Owner and run a team in our fantasy league.

1) You have to pay a $25.00 league fee and be willing to except the fact that you may lose that money. You can make money also, but keep in mind that only 4 team Owners out of 8 Owners will make money or at least half or almost half of their money back.

2) You have to be availible to answer phone calls if the league Commissioner calls you. And answer e-mails  or text messages that are sent by the NFFL Commissioner at all times. Check your e-mails or text that the Commissioner sends to you right away, because it can be important news on a player you have and decision making soon on that player. You might have an injured player and you would need to make a decision on that injured player RIGHT away if that player is OUT FOR THE SEASON. especially if it happens right before one of our Free Agent Period Weeks.

3) You should try to watch NFL players that no other Owner has on their team or scout college players soon to be drafted in the NFL. See what players might formulate enough scoring points for you and plan strategies to at least compete in our league.

4) Year after year you have to decide what players you have and want to keep or drop at the end of the each season. Not all players have good stats every year, so on players make sure they have a consistent record of having good stats for at least 3 years straight.

5) You have to draft players, either established players or take a chance on rookies. Team Owners, you should formulate an appropriate amount of research, analysis and strategy development for the right players for your team, You alone are responsible for pulling the trigger on every decision you make. So make your picks wisely.

6) You have to pick and choose what players are going to get you the most points There is a lot of control and strategy in the moves you make, and is the reason team owners are quick to take credit for their fantasy success. NFFL fantasy football is a game of choosing the right players, but it also requires a little luck at times.

7) When free agency period starts, go check out the FREE AGENTS page in your conference (NFC/AFC) you have to decide if you want to drop a player you already have, or pick up a player that is getting more points then the player you own. Sometimes the player you drop ends up getting better later in the season, it's a roll of the dice decision.

8) If a player you own has an short term injury you have to decide if it's best to drop that player you have and pick up another player. Sometimes the player you have is a real good player, and just because that player is injured for a short time you might want to think about keeping that injured player until he returns from his injury.

11) You can't let your team sit idle when it comes to our dropping and picking up players FREE ANGENCY PERIOD, because there might be a player or players that are scoring a lot more points then the player or players you have. And then you can fall way behind with the rest of the Owners making moves ahead of you if you do nothing. Keep in mind that the 4 Week and 6 Week Free Agent periods are the most inportant Free Agent Period times NOT TO SIT IDLE and do nothing.

12) And if your team makes the playoffs you have to pick and choose what 14 players you want to be in your starting lineup each playoff game if you happen to advance. Keep an eye out NFL teams that have clinched the playoffs because they might rest their starters in the final game of the season, because they clinched a playoff spot.

13) You have to like the team you own and the players you have, then you will enjoy watching football each week and keeping a close watch on the players scoring you points. You must like playing Fantasy Football and enjoy competeing with other Owners each week. And you must commit in making your team the best you can make it, and not just doing nothing to improve your team.

14) Look at other Owners teams pages in your conference (NFC/AFC) and see why they are ahead of you and what their position players are scoring for their team and get an idea what positions you need to improve on to compete against them during the season and in the future.

WHAT TO EXPECT FROM EVERY POSITION PLAYER.

1) OUARTERBACK- A Number 1 Quarterbacks should be throwing around 3,000 yards passing, and should at least be throwing 26-28 TD's a season for you. And if your QB is a running QB, then he should be scoring you 3-5 rushing TD's and running for 300 yards.

*Note-There a a few good Quarterbacks out there but hard to find a GREAT QB left in this league to draft, because most NFL teams have their No 1 QB and they don't go out and draft another No 1 QB each year. There might be a GOOD QB that you can pick up in the Free Agent pool.

2) RUNNING BACK-A Number 1 Running back should be carring the ball 200 times a season and should at least score 7 TD's and get you around 3-4 100 yard games. And if they are also getting a lot of passes out of the back field thrown to them, then they should get you at least 300 or more in receiving yards and score 2-4 receiving TD's for you.

*Note-Great Running Backs are hard to come by also and in this league, because 12 Running Backs are off the board, plus the 4 "HOME TEAM" running Backs, so finding a GREAT Running Back will be a tough task for you to draft each year, but you might get lucky to find one in the Free Agent pool year after year.

3) WIDE RECEIVER-A Number 1 Wide Receiver should be catching the ball between 80-100 times and having over 1,000 yards receiving and at least getting between 6-10 touchdowns for you. And having around 2-3 50 yard games.

*Note-Wide Receivers are a little easier to get, because there are a lot of pretty much the same type of Wide Receivers that can get you to that 200-270 range, and possibly to that 300 range. And finding a GOOD to GREAT WR to draft or in the Free Agent pool won't be a problem year after year.

*Note-Now this is where the talent is very very thin, It seems that Tight Ends are getting thrown to less every year. So drafting a GREAT or even a GOOD Tight Ends these days are a challenge. Besides the 4 "HOME TEAM" Tight Ends off the board and up to 8 more can be drafted each year. You MIGHT find one later in the free Agent pool, but don't count on finding a GREAT one.

5) PLACE KICKER-Most NFL teams have a number 1 Place Kicker on their team, so finding a PK to get you that 270-300 range is depending on how much the team he is on scores Touch Downs.

*Note-Place Kickers are probably one the easiest players to draft so I see no problem finding a PK to draft each year or find one in the Free Agent pool.

6) DEFENSIVE LINEMEN-A number 1 Linemen should be getting you around 7-12 sacks and over 30 tackles to reach that GOOD mark.

*Note-There are still a lot of DTEL to draft that can get you to that 190-220 range so finding a DTEL won't be hard to draft or pick up later in the Free Agent pool.

7) LINEBACKER-A number 1 Linebacker should be getting you your highest points on your defense. They should be getting around 66-80 tackles and 2-4 sacks, and maybe 1-2 interceptions, to have a GOOD To GREAT season.

*Note-You can still draft a GOOD-GREAT Linebacker in this league. Most 32 NFL teams have at least TWO LB"s that are GOOD to GREAT players, so finding one won't be a problem to draft or pick up later in the free agent pool.

8) CORNERBACK-A number 1 Cornerback should be getting 50-60 tackles and around 2-4 interceptions, and maybe 1-2 sacks to get you to that GOOD to GREAT range

*Note-There are a lot of cornerbacks to draft in this league, it will depend on what kind of year they are going to have for you, but finding cornerbacks that are least in the GOOD range won't be hard to draft  or pick up in the Free Agent pool year after year.

*Note-A GREAT Free Safty is a little harder to find  but there are a few left out there to draft each year, and you might find a GREAT one in the free agent pool later on. But there will be a GOOD FS  for you to get year after year.

I am doing a article on relocating your "HOME TEAM".
A POWER HOUSE "HOME TEAM" is- A team that has GOOD or GREAT points in ALL positions on the team QB,RB,WR,TE,PK,DTEL,LB,CB,FS.

There are not too many POWER HOUSE teams left to move too, and some of you Owners who were close to having your own POWER HOUSE "HOME TEAM" points in 2020  based on a high end GOOD to GREAT in EVERY POSITION

So as you see most of you Owners already have a good  "HOME TEAM"  they just need a few more points from the positions I put above.
Now another thing I do as the Commissioner is I see what other "HOME TEAM" Cities that an Owner can move too without having a problem from you other Owners. Are if you have a lot of players from a team that you might be thinking about moving too, and other Owners don't have that many players from that team. Keep in mind not all Owners can move to any team they want to, if a Owners had the top QB, then it might be a little harder for another team to move to that team. Or if he has the top QB, he has more of a chance to move to that team (not in all cases)

Here is a list of the Cities that these Owners can move to ONLY
CINCINNATI BENGALS (Bob)-  TEN, HOU,